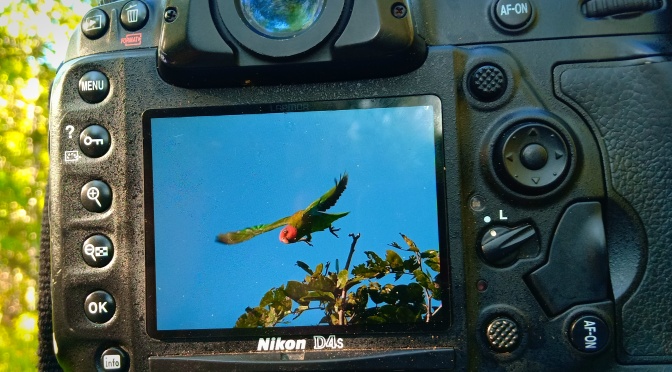 Not many people have the opportunity to work and travel around the world for most of their lives. Even rarer are those who then choose to return home to empower their community. Alex Waisimon, from Papua, Indonesia, spent 30 years working in the tourism industry across several continents, including as a tour guide in 15 countries such as Myanmar, Cambodia, South Korea, India, Australia, and Papua New Guinea. His love for his birthplace and its rich biodiversity, however, brought him home to the village of Rhepang Muaif in 2014.

According to Bird life International, Indonesia is home to 1709 species of bird, ranking it the world’s fourth in avian biodiversity. “Around 750 of the species can be found in Papua. Rhepang Muaif itself is home to seven of the nine species of birds of paradise found in the District of Nimbokrang,” Alex explained. “I felt called to establish ecotourism here in Rhepang Muaif,” the 50-year-old added with passion.

At first, Alex’s efforts were met with reluctance by his local community. However, slowly but surely, he managed to convince them of the importance of conservation and how ecotourism could benefit the village and district, and most of all the generations to come. Collaborating with the World Wildlife Fund, the private sector and the regional Government of Papua, they established birdwatching ecotourism and in June 2017 the Governor of Papua designated Rhepang Muaif as an ecotourism destination.

Called the Isyo Hill’s Community Group after an area in Rhepang Muaif, the ecotourism initiative also encompasses local culture such as traditional dances and the production of noken, a multifunctional knotted or woven bag native to Papua.

The Isyo Hill’s Community Group serves as the centre network of the nine tribes in Nimbokrang who are involved in the effort. “These tribes are divided into three units based on locale, and each unit holds workshops on becoming a tour guide, on cultural arts, and the art of noken,”Alex said. “We want to preserve the cultural heritage by passing on the knowledge to our younger generation.”

It is clear how proud Alex is of each of the tribes’ commitments. Recently, the tribal chiefs dedicated an astonishing 98,000 hectares of land in Nimbokrang to forest conservation, with 19,000 hectares in the villages of Rhepang Muaif and Wenggo devoted as habitat for birds of paradise, locally called cendrawasih.

Wishing to develop ecotourism even further, Alex participated in the Sustainable Tourism for Regional Growth Short Course held at Griffith University, funded by the Australia Awards in 2017. “What piqued my interest was how the Government of Australia and the tourism authority/agency integrated not only the potential of nature, but also the local culture of the Aboriginals into the tourism packages,” the 2017 ASEAN Biodiversity Hero said.

During the two-week short course, Alex saw the importance of a well-managed information centre and of collecting data properly, which helps to not only provide potential tourists with pertinent information, but also to provide data for researchers.

Make sure you must bring your own tent, and sleeping bag. It’s cold at night

This is flexible tour.

Payment can be done via PayPal: trekpapua@gmail.com